My "quest" to gather many flags from all over the World: 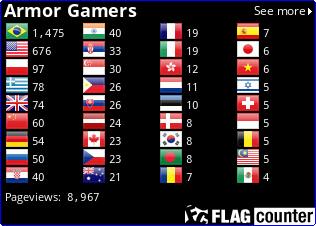 I made a Walkthrough on how to get all the Achievements in Castle Wars 2.5!

Some fun and good moments in the forums:

"The cake is a lie, unless you're playing StrikeForce Kitty 2 and defeat Glafox"
-Me

Number of Quests I completed per year since I joined AG:
2013:

Temporary fix image for the bug with the ":⁣one:" emoji:

My Personal Milestones in Armor Games: