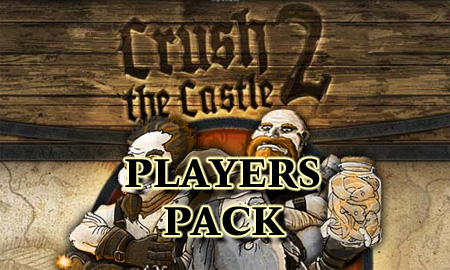 Crush the Castle 2: Players Pack is about to go into the works and I wanted to give the fans the chance to come up with the next big thing to add to the new game. I know you guys are very creative out there because I’ve seen some amazing castles come out of the People’s Empire, so this is your chance to tell us your fun, silly, awesome ideas for the new Crush the Castle game. Whether the idea will be a new weapon type to throw, a new block type to crush, or even a new character to taunt you while you throw bomb after bomb at him; we want you to be as creative as possible with these ideas.

Please submit your awesome ideas to this Crush The Castle 2: Players Pack Form. Have Fun!