**Thank you ALL, you made this possible. GemCraft is now Greenlit!

When will the next GemCraft release? It’s a question we hear a lot here at Armor Games, almost as much as “Where is Sonny 3?” The answer is soon, very soon. In celebration of it’s coming release we’ve posted it on Steam Greenlight. Help us launch GemCraft Chapter 2 to the gaming masses by giving us that big thumbs up.

If you haven’t played GemCraft before it’s a unique tower defense game, where, instead of towers, gems are your main weapons to fight the endless hordes of monsters coming for you. Here are some features coming in the new version…

You can play the original GemCraft games here! 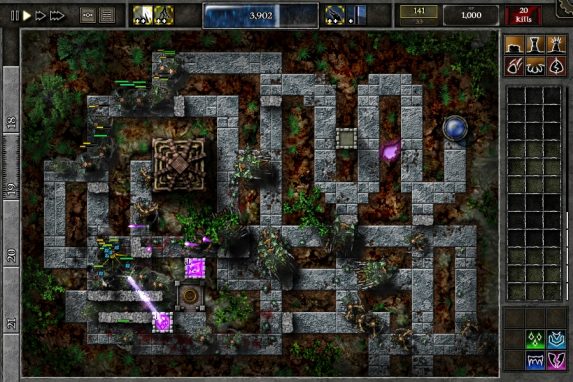 Want to support Armor Games and the indie developers we publish? Sentry Knight Tactics, a challenging and charming real-time strategy game by the creators of the hit Flash series, is now available on Steam. Check it out!