Missile... Something or Other 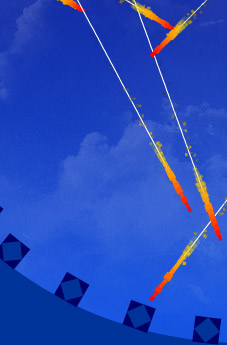 Adventure Log: 11/5/2007, 4:11 PM: The past two days of coding have been fast and swift again, as I move towards another game being created. As you may (or probably may not) know is that I am a retronaut when it comes to video gaming, loving the classics such as Donkey Kong or Centipede. In this case, this game is a remake of the Atari classic Missile Command, which I have yet to see a good rehash of.

The idea of the game is simple: Protect your land from missiles raining down from the skies above. This is made possible with your own weapons. The game revolves around faster and faster gameplay, and the addition of new enemies and obstacles. With mad skills comes more settlements and more ways to take down the missiles.

It will be similar to Missile Command, but I want to really put my own spin on this game. There has been an overabundance of defense games, and I really think this game can change it up a bit from the “Round 1 – Buy Stuff – Round 2 – Buy Stuff” scheme of things.

Should be done by this week!