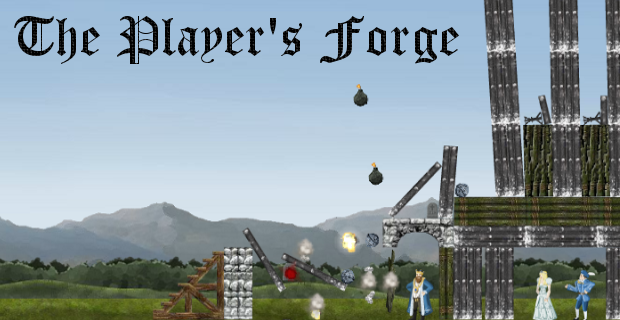 When a game has a level editor, the party never ends! At least, not when  you have a community like Armor Games turning out over two million player-created levels over at The Player’s Forge. Sorting through them all is a task you’re going to have to bequeath to your descendants like some sort of ancient, nerdy Methuselah… or you could just read the rest of this article.

With more than half of the levels created online devoted to your favourite royalty-goes-squish physics projectile puzzle, Crush the Castle 2, we pulled out a small sampling of everything the community has to offer, from simple explosive spectacles, to challenges that take a beating. What are your favourite levels to blast? 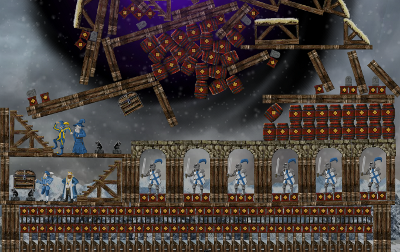 Big Al gives you three shots to take home the gold in this chilly level, though, lets face it, if you want to find yourself beholden to the powers of the void, all you really need is one. Which is a shame, since that’s some fairly intricate castle design going on there. But, well, put your faith in wood and stone, get torn asunder into a bloody mess by powers from beyond, as my grandmother always used to say.

Unbeatable in 1, by Steve 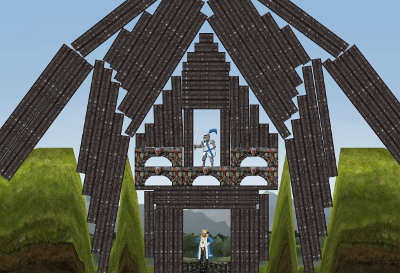 If you’ve ever sneered your way through a Crush the Castle game, wondering why these people insist on crafting their buildings out of such flimsy material, Steve’s got a stage for you. In fact, it’s more like a proverbial gauntlet at your feet, given the title. There may only be one king and one night here, but they’re buried beneath layers of heavy materials, smug in their un-squished-ness. 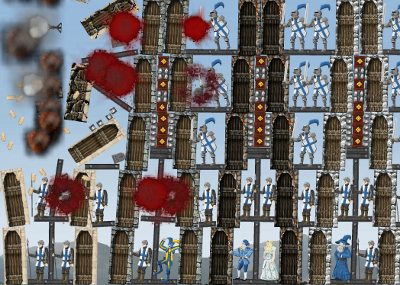 I am, admittedly, not the best at structural engineering. Somehow, all my card houses never seem to get past the second tier, and all catch spontaneous flame. Yet, even I know that building your castle out of nothing but stacks of doors, precarious metal beams, and piles of volatile gunpowder is a bad idea. What goes up, must be brought down in a terrifying rain of blood and explosions. Jim Morrison said that, I think. 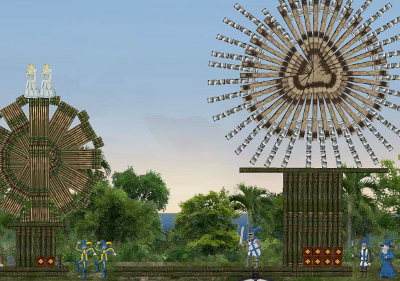 Come on… you can’t possibly ignore a level with a title like that. Intricately balanced stone and woodwork with precarious princesses above explosive firepower? It’s enough to make you forgive how very un-castle-y it all is, though I promise you that by the time you take your first shot, the royal family is going to wish they’d gone with something more traditional in their defenses. 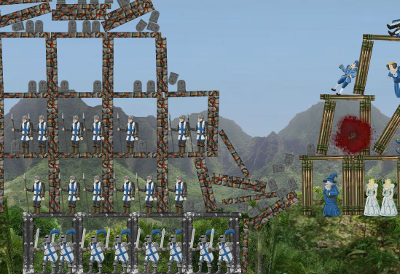 There are almost a hundred people holed up in their castle in this stage crafted by JR. The title may make you think that your goal is not to find a way to render each and every one of them into a fine, red mist. You would be wrong. The question is, however, can you do so in the three shots allowed to take home the gold? 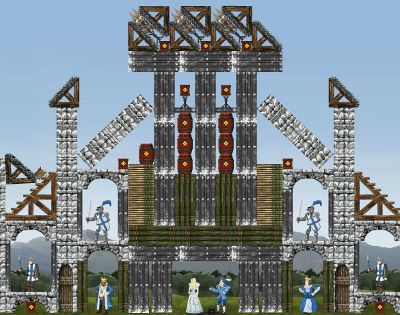 A lot of Crush the Castle 2 levels tend to focus on crazy construction that can be brought down easily in magnificent, flaming spectacle, so it’s always nice to come across one that expects you to work for your regicide. No fancy magical purple potions for you. Just good, ol’ fashioned, projectile-based carnage like momma made. 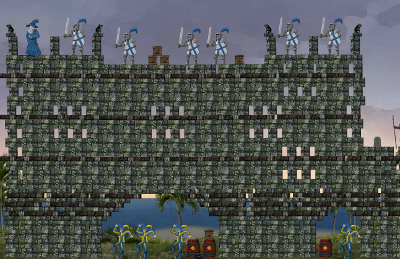 You might behold this formidable stone edifice and call in your war party (I know you have one) to strategize the best way to blast it to smithereens in as few carefully planned shots as possible. Or you could follow my lead, and manage to fire off a single blast that manages to collapse the whole thing, slowly, brick by brick, over the course of about three minutes. Of course, in my case, doing so lead to a single smug, living jester buried beneath an impenetrable pile of rubble. Avenge me! 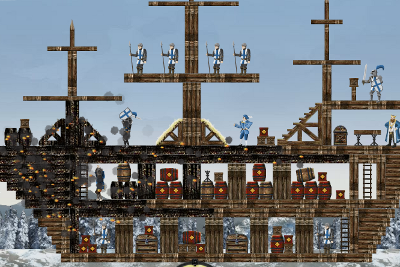 With almost three million plays, and over six hundred thousand views, Pix’s sea-worthy creation is currently the most popular Crush the Castle 2 level on the site by a huge margin. Compared to some other stages, it may be a little simple… after all, how do you think a ship built entirely of highly flammable material should be dealt with? But as a classic spectacle, we salute it!… And then, you know… blow it sky high.