Now released, Strike Force Heroes: Extraction moves the SFH  franchise to the App Store. This next game in the series from Sky9 Games is a brand new runner/shooter that lets you assume the role of an agent investigating a threat by a rogue military organization. Your goal: infiltrate their headquarters and gather intel. Infiltrate the enemy headquarters and extract intelligence across 30 action-packed stages to uncover details of their diabolical plan. Survive intense enemy shootouts, epic helicopter chases and use a unique ‘cover’ mechanic; shielding yourself from fierce enemy attacks – picking off the enemy one-by-one!

– Extract enemy intel as you infiltrate their headquarters
– Run, jump and shoot your way through 30 action-packed stages in Campaign Mode
– Unique ‘cover’ mechanic, allowing you to duck behind objects and pick off the enemy one-by-one
– The enemy will come well prepared, forcing you to engage in epic firefights
– Intense helicopter chases that will give you no choice but to run for your life!
– 20 playable characters, each with unique flaws and unlockable perks
– 33 Weapons. 2 unlockable endless modes. Tons of upgrades and unlockables. 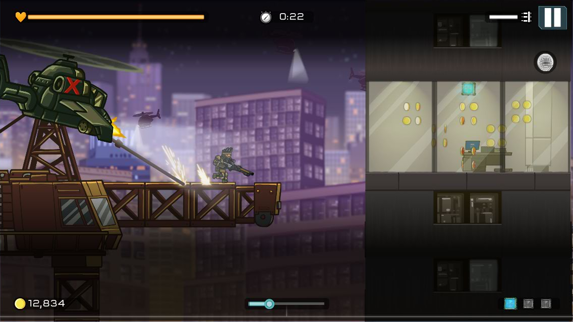 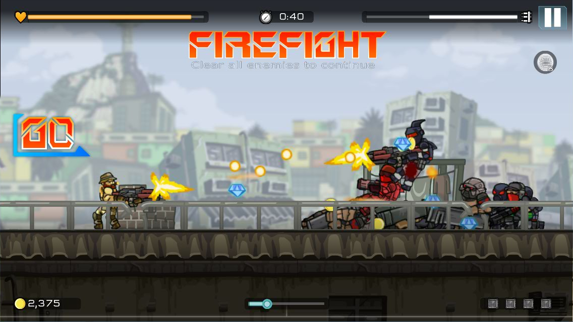 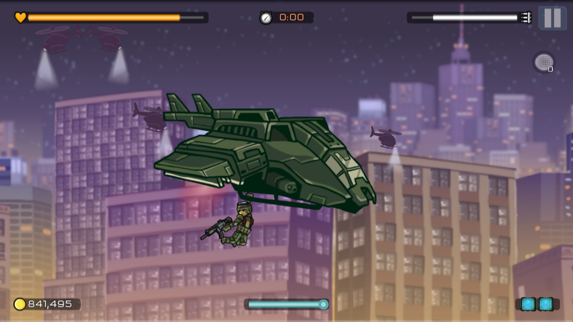