The Best Video Game Ever Made. Period.

* Update : 3/19/08.  If you are taking this article personally, you need to go take a break from the internet for a while.  Everyone has their favorite game, and I am just giving my argument, feel free to give yours.

I have been doing a lot of Flash programming recently, and decided to take a break to talk about the best video game ever. And sorry, you cannot argue with this statement of truth: 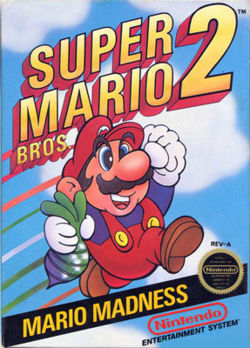 Super Mario Bros 2 is the best video game ever made.

I know, I know, it’s a big claim to make. But for all you Halo lovers out there, I need to explain to you why Super Mario Bros 2 perfected gaming, and nothing has ever come close, ever. But before that, a short lesson in Mario 2.

Super Mario Bros 2 was released in the United States in 1988 on the Nintendo Entertainment System (NES). If you are too young to know what an NES is, please unplug your next-gen consoles and visit Ebay to pick up your own system. The main basis of the game is to complete each level by side-scrolling through different levels, enemies, and obstacles. To deal with enemies, you would either pick up turnips from the ground or the enemies themselves and hurl them at other enemies. The game evolves from there. 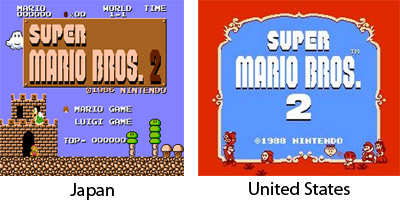 The game we had was a bubbly “pick enemies up and hurl them at each other” sidescroller, with a whole unique style of gameplay compared to the other Mario games. 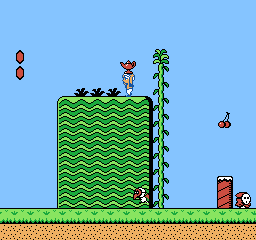 Beyond some minor gameplay changes from Doki Doki Panic (for example, different music, graphics, and subtle boss changes), the game was relatively the same. The levels had similar layouts and could be completed the same way that you may beat them in Super Mario Bros 2.

Oh, and to confuse things even more, the US version of Super Mario Bros 2 went back to Japan in 1992, as the fourth Mario game called “Super Mario USA” even though it was made in Japan to begin with. Fun huh.

So now you know why Super Mario Bros 2 is so different from the other Mario games, and sticks out like a sore thumb.

So Why Is Super Mario Bros 2 the Best Game of All Time?

Because it does everything right as a video game. 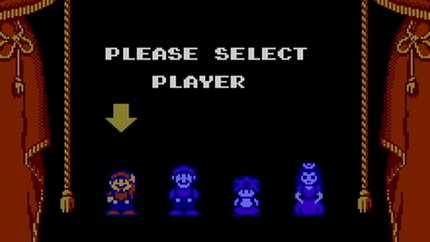 Character Selection: At the beginning of the game you get to choose between four different characters: Toad, Mario, Luigi, and Princess. Each of the characters are unique in what they offer skillwise. Luigi can jump higher, Toad can pick up items faster, Princess can float, and Mario seems to have a little bit of everything. Choosing your character before the level impacted the entire game’s difficulty each time you play. So as you get better at the game, you’ll learn what parts of the game become important for specialized characters. How many games do you know let you choose between four unique characters with different abilities? Yeah I thought so!

Enemies: The enemies are not only diverse and smart, but completely awesome. For one, the main enemies in the game are Shy-Guys, which are weird round creatures with a mask and two small feet. They are completely menacing even though they are usually only capable of walking backwards and forwards… and won’t turn around unless prompted by a wall or ledge. In addition to being simple but deadly, they come in two main shades: red and pink. This game has a lot of character to choose it’s main enemy colors to be red and pink. But beyond that, there are other amazing characters in the game, which are all extremely memorable. Pokey the cactus was a family favorite. 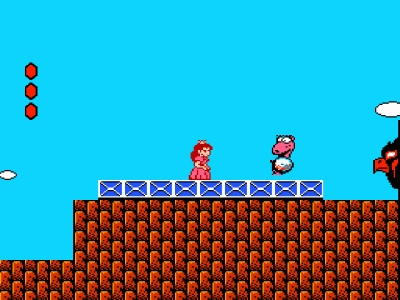 Bosses: Each level usually ends in a boss battle with Birdo, which ranks as one of the best bosses ever. It shoots eggs from it’s mouth, and your job is to jump on the egg and throw it back at her/him (FACT: The gender of Birdo has changed since this game first launched to now… notice the lack of hair bow above compared to future versions). The hard part is that Birdo is constantly running back and forth, and shoots other eggs at you while you are trying to throw it back. In later levels, Birdo shoots eggs and fireballs, sometimes in multiples of three! Pattern recognition and timing make this is a boss that is not too hard, and something you can get better at as the game continues; and the best thing is that even though you play this boss about 5-10 times, it never gets old. Oh, and the final boss, Wart, is epic.

Music: The music for this game is incredible. There is one main theme for the main world areas, one for the underground areas, and one for boss battles. These three main songs play throughout the entire game, and you do not get tired of it. It’s catchy, fun, and it works in every gameplay situation. That is pretty incredible for a game. Also, there is a lot of class in the Pause screen of this game, which cuts the main notes of the music but keeps the bass line running.

Level Diversity: This game goes out of it’s way to mix up level design. Just from the start, you’ll fall several screen lengths, enter a large grassy area, go into a cave area, and end up in the clouds. The game just keeps throwing it at you, and as you visit different worlds it just gets better. The snow, desert, and sky levels all are very different and they keep the theming together with different characters and obstacles. There are 7 worlds total and each are very fun to play.

The worlds are also put together in a fashion that makes you feel like you are exploring. The levels are broad and keep going and going, but at times you’ll move up a screen or through a door to be transported to new areas. This helps the game create much more depth than the usual NES sidescroller. Also, when transporting to the “shadow land” it reverses the entire stage and manages to keep elements of the stage intact and interactive still. What you do in the normal world effects what is interactive in the shadow world; pretty deep for an NES game.

Water Levels: Do you know anyone who enjoys water levels? Super Mario Bros 2 has no water levels to speak of. Perfect.

Gameplay: It never gets old. Picking up enemies, throwing enemies at each other… it’s the perfect fodder. The relationship between enemy and player is much stronger than other games, and is prevalent through each level. For example, in one stage you must ride one of Birdo’s eggs across a large lake instead of using the egg to kill Birdo. In another, you must jump on the heads of Shy Guys to get across a pit of spikes. Also, this game has one of the best implementations of “find the key, unlock the door”. Instead of just grabbing the key and going, the key is a large pickup item like an enemy meaning that you cannot pick up other items while you are holding the key; it becomes a burden. There are nasty enemies called Phantos that chase you around the map while you have the key, which gets your heart pounding as you run towards the door like it’s the finish line. Just incredible.

Fun: The game is just fun. The levels are short and quick, but add enough excitement on each level to keep the player going. It is what Super Mario Bros 3 and Galaxy did a great job doing… giving a fun little mechanic to toy around with for a level and then moving on. 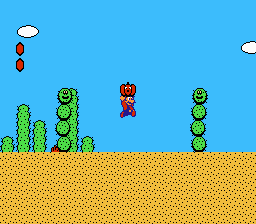 Difficulty Curve: By NES standards, this game is pretty easy to play. The difficulty curve is very appropriate, and even novice gamers will have fun on the first few levels. I know this myself, as I was kid playing my first console games when I first picked up this game with my Dad at the video store. But at the same time, it still takes a hardcore gamer to finish this game, but you feel eased enough into the ending that it is comfortable the whole way.

So what is wrong with this game?

There is very little wrong with this game. For one, there was never a Super Mario Bros 2: 2. A sequel would make my day. Second, there was no save game feature, meaning you either run for the end or turn off your NES (this was later fixed in the Super Mario All-Stars version of the game). Third, it had to live up to being a “Mario” game. I hated that. This was truly a different game than the Mario franchise would normally feature, but was forced to be compared to it’s brethren titles for years to come. It’s COMPLETELY different from the other Mario titles, yet it is one of the largest contributing Mario games of all time. Think about how the Mario games later were influenced. How about those giant multi-sectioned cactuses in Super Mario World? How about Princess as a floating character? How about Birdo? Shyguys? Bomb-ombs? It contributed so much that franchise, but at the same time setting itself apart from the other dozen Mario games created. Yet people rag on it for being the “Black Sheep” of Mario games, as if it was a bad thing.

Well tough, because Super Mario Bros 2 was the best game ever made. As a Flash developer, I have learned a lot from that game, and as a gamer, it has left a lasting impression that no other game could ever leave on me. 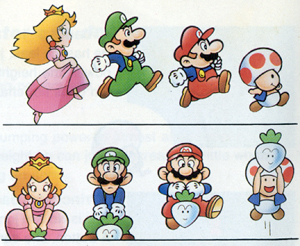