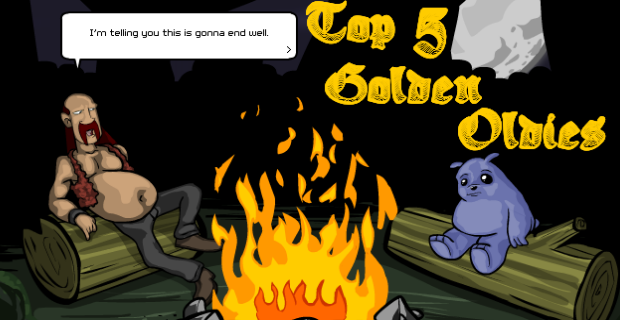 In the world of the internet things are old news before a week is out. Not even cat videos can survive this short, intense, ever-changing flow in these tubes, which is a reference 10% of you may actually get due to this very fact. While this keeps things fresh, encourages new ideas and improvements on the old, sometimes it’s nice to look back at things that once were the Keyboard Cats of pop-culture.

Letting the fluttering childish feeling of nostalgia wash over you just by clicking a link is indeed one of the smaller joys in life. There’s a deeper connection when it comes to games though. We didn’t just see them, we experienced them. And many of the good ones are still as fantastic, if not a little dusty, as the day when we first played them. Here’s our top five games that made our hearts warm to see again. How many did you first play those many years ago? 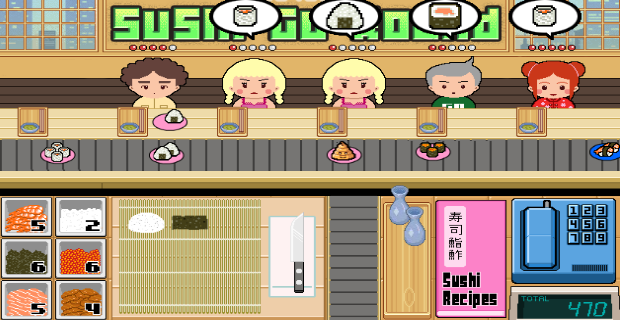 Sushi Go Round gave many of us the first taste of time management games… besides the blue apron wearing waitress. But this game was one that had you not only trying to serve and clear dishes, but also make the deliciousness that lines your wallet with green. Not only are you having to keep your stocks in good supply, but even the order in which the sushi goes out. You need to plan carefully so that a fresh customer who snags a seat closer to the where the sushi funnels out doesn’t swipe it out of reach of another much more impatient patron.

It is a game that simultaneously makes you want to go out for sushi while at the same time suddenly makes you feel guilty for ever ordering a deluxe combo platter as you now know the pressure you placed on the chef.  Sushi Go Round was unique at the time and still has its seaweed wrapped around fans’ hearts. 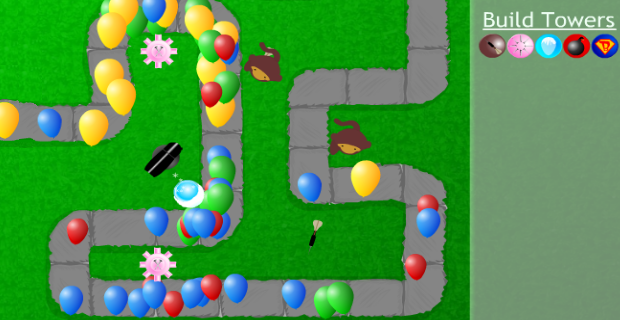 Ever seen a monkey and immediately started hearing popping sounds? Then you’ve probably been a fan of the Bloons Tower Defense series by Ninja Kiwi. If you haven’t played it and still hear popping sounds… I’d get that checked out. But while you’re waiting to see a doctor you can have a chance to enjoy the simple yet fantastic tower defender. Before its many sequels and branch-offs, Bloons Tower Defense made people go bananas for these balloon popping monkeys.

Simple in its design yet complicated in its strategies, this silly monkey throwing dart game made many curse those air filled rubber tubes. Though bright, colorful and kid friendly these games have you thinking hard to make sure every last one of those balloons was destroyed with a bubble wrap style pop that soothes the soul. This game was so good, no one ever questions the odd spelling choice but instead celebrated all five of the releases. So sharpen up your darts! 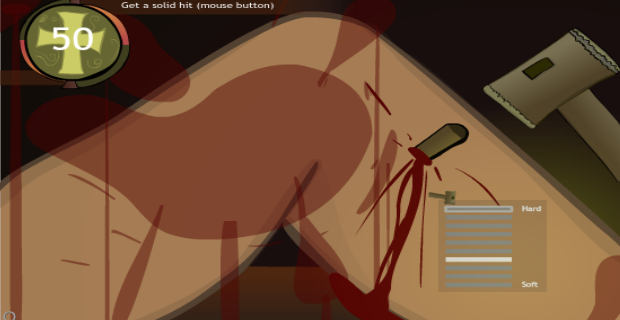 Back before the day of bootleg medical procedures games that have you fixing teeth and doing Botox injections on baby-ized versions of popular cartoon icons, the medical emergencies were treated a lot more seriously. And much more… darkly? Dark Cut arose from the grimy shadows in 2007 and let us all step into the (most likely stained) boots of a medieval doctor. This game requires a steady mouse and a strong stomach to make it through these grisly tales as you deal with both real wounds and some mythical lore.

The only downside to Dark Cut is the limited instructions, like needing to use the spacebar on the last “patient”, though it does bring in some more realism as back then they didn’t have all the knowledge that would have been helpful. One of the best things though is that there’s two sequels; so wake up your leeches and get your bone saw sharpened. 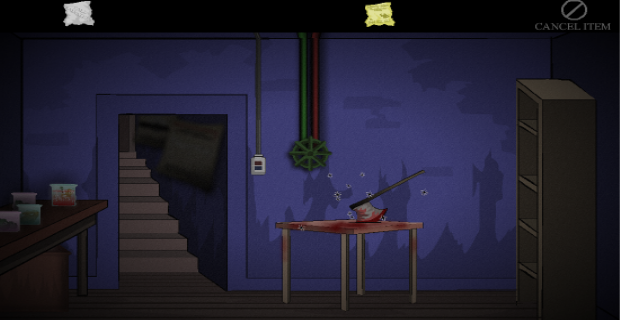 Down in the basement something is brewing, something is stirring. And you’re in the dark with it. Patrick Majewski’s Monster Basement once terrified the younger versions of ourselves as we tried to find an escape while terror and death loomed overhead. Some of us probably couldn’t even finish it after seeing what was behind the door, let alone dare try Monster Basement 2. Before the time when jump scares were popular and basically made up horror games, Monster Basement brought in all its fears with the foreboding doom that loomed. As well as the fact that that doom could end you and ensure you’d never escape.

While it is more of a collect-item, use-item type of escape game it still holds up after all these years with its creepy sound effects and chilling music. Definitely worth going back and trying again now to see if you can’t be brave enough to finally see the ending for yourself. An ending that caught many of us by surprise. Or at least, those who could finish it and didn’t cave in to the terror, exit the browser as fast a possible and hide under a flowery blanket singing Never Gonna Give You Up in an attempt to soothe ourselves. Not me of course. Totally finished that game. Yep… 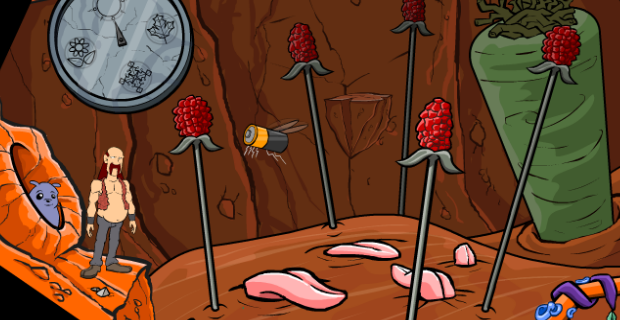 In Ye Olden Times the only way you could revisit an adventure was to hear a bard sing the tale of all the heroic adventures. In modern days we just go back and play through them. Which one blue bear will hear as a relief as he can finally take a break from telling about the Several Journeys of Reemus by Zeebarf. This little point and click adventure game had some of the oddest journeys we ever ventured on.  While bright and cartoonish this tale was for anyone but young kids as it held a good balance of black comedy, and puzzle solving.

While this journey of our mullet-ed exterminator never had a good solid ending on its web based side it still holds some good laughs and some interesting conundrums to find your way through this odd land. You never know what lies beyond the next screen, whether it’s flesh eating trees, beetles the size of elephants or a very dangerous Visitor. These wacky adventures are just as good as they were when they first came out, but now you don’t have to wait for the next episode to be out.

Written by Lori, who one day hopes to fill this line with many links to show off all her creativeness, but as she suffers from a serious case of procrastinitis and must do many horrible, boring things known as “adulting” it may be a while.