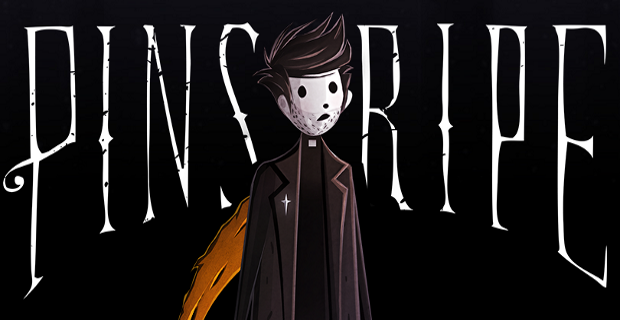 How did you first start out as a developer and go about creating your first game?
My first game was called Coma, and to this day it has a very special place in my heart. During development, there was never any thought about the project’s success. I simply wanted to make it, and never worried about what people would think. That feeling, I think, is what every game developer strives for.

Creating something for the sake of creating it is truly a beautiful thing, and that certainly was the case for Coma. Working on it sparingly through high school and my Senior year summer was pure, and required very little emotional effort. 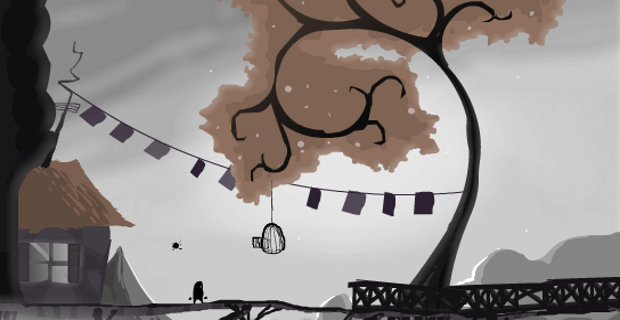 Your games tend to have a very distinctive surreal and otherworldly feel. What sort of things inspire you, and how do you incorporate them into your games?
I’m super inspired by this one musician Anthony Green. His music is not really similar to Atmos’ games at all, but he has a very simple philosophy that kind of goes like this: only create when you feel. So, for the otherworldly aspects of my games, I think the inspiration comes from deep inside, as pretentious as that might sound.

The dreamy nature of Pinstripe, for example, is how I feel in my brain most of the time. I know, it’s silly, but that’s the only way I can describe it. Obviously, I take a ton of inspiration from plenty of artists. Tim Burton, M. Night Shyamalan (unashamed and proud of it), Koji Kondo, etc. But I think the value of actually building a story, game, and soundtrack inspired by an artist’s rawest emotions and passions is where it’s at. I like to think that’s the case for my work. 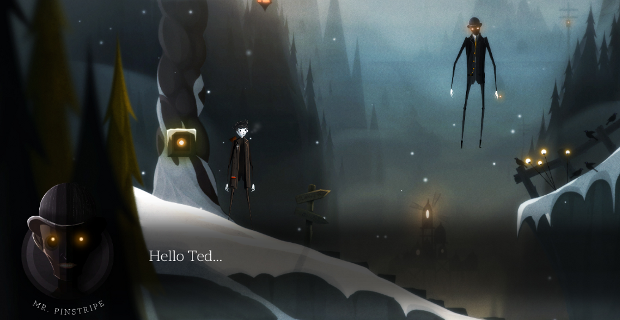 Pinstripe, your first commercial release, is essentially a one man show developed entirely by you over the course of half a decade. What was that process like, and do you feel like your skills and methods have changed at all as a result?
The process was not great. Imagine telling yourself you’re going to build a car from scratch and not really knowing how to do it. I think that was the case with Pinstripe. I’ll admit, it feels like a house of cards in terms of the code, file structure, etc.

The positive is that I’ve learned how to build projects to scale efficiently, mainly through failure. That said, I’m happy with the results. I wouldn’t change a thing about the past 5 years. I’ve learned so much about pretty much every aspect of game development, and have grown emotionally through it all more than I thought possible.

Pinstripe is sort of a unique game in that it is often simultaneously creepy and “weird”. How did you go about creating the world, the story, and the characters in it?
Kind of like I was talking about before regarding inspiration, I just went with what I was feeling at any given time. This can be a terrible approach if you’ve got a set budget. But, for Pinstripe, prior to Kickstarter, etc., I just wrote dialogue I enjoyed, thought was personally funny or intriguing, and built the world and story on raw emotion without any real inhibition.

I guess Pinstripe is just a reflection of my personality. The intention behind the project has solidified here towards the end of the project, but to start, it was pretty much a stream of consciousness thing. Kind of like a dream. My dreams are a lot like Pinstripe. 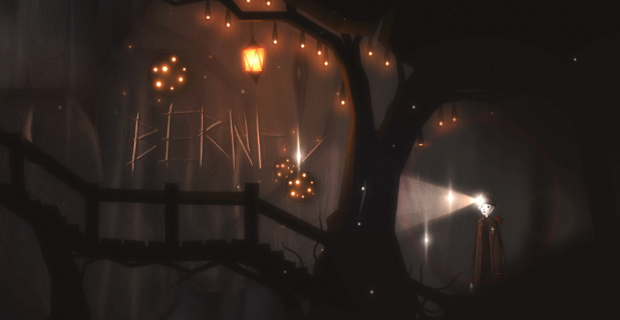 The gameplay in Pinstripe is sort of a mix of everything… puzzles, action, platforming, and so on. How did you decide to use them to build the game’s distinct areas so those elements felt cohesive?
I’m not sure they are. I guess we’ll see what players think on release. But, the decision process was pretty random. Honestly, if I could do it again, I’d be a bit more intentional about actual gameplay. Not my strong suit, but, hopefully, these elements work together in Pinstripe. 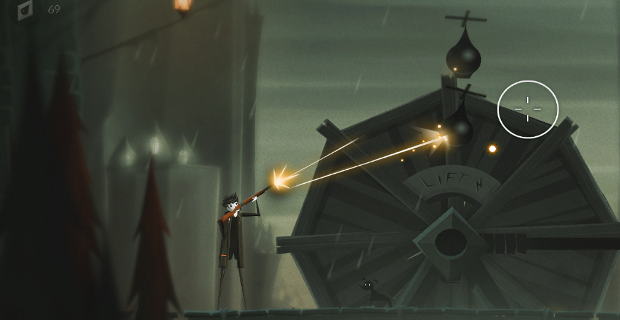 In the process of making Pinstripe, you worked with both Kickstarter and a publisher for the first time. What was that like, and do you think it’s something you want to do again?
I’d do it exactly the same again. The benefit of Kickstarter is funding, obviously, and also a sense of direction. It’s kind of like an election campaign: you make a promise, and you keep your promise or get destroyed by your constituency. This is a beautiful thing. It keeps you on track. A publisher, on the other hand, is a shoulder to lean on. When the going’s get tough, or you don’t have enough time on your hands to handle marketing, networking, tradeshows, etc., a publisher is great to have.

My publisher Armor Games has been great. They are there for me pretty much whenever I need them. Good people. Obviously, if a developer signs with a crooked publisher, it’s pretty much the worst thing for creativity and your project. But I’m lucky I landed Armor Games when I did. Sometimes it feels like they are just my buddies helping out with the business side of things, which is an amazing feeling.

Once Pinstripe is released, do you have any plans for your next game in mind, or are you thinking of taking a break?
Yes, currently two projects are in pre-production. Announcement coming early 2017. 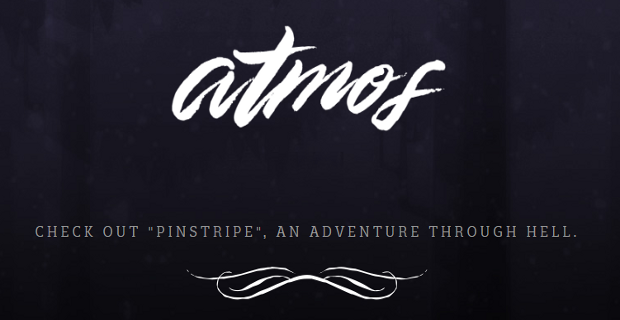 For more from Thomas Brush, visit his official site, Atmos Games, and follow Thomas on Twitter. Play Thomas’s original Flash games Coma and Skinny free in your browser here at ArmorGames.com. Check out Pinstripe on Steam or pre-order Pinstripe on AtmosGames.com for its release in early 2017.