Stories in Flash and Pixel 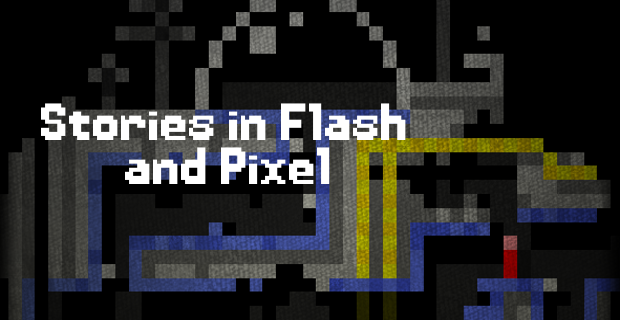 To a lot of people who don’t know any better, Flash games are placeholders. Something simple to mess around with when you’re trying to fill time, but ultimately lacking in depth. They’re wrong, of course. Just because a game is made in Flash doesn’t automatically make it the McDonald’s Happy Meal Toy to the rest of the gaming industry. (And thank goodness, because lemme tell ya, those tiny plastic parts are a real choking hazard!) If you want a game with a great story, there are a lot out there that will surprise you. Here are just a few of them, covering everything from shooters and visual novels to action-RPGs and point-and-click adventures. Be sure to share your favourites in the comments!

The Last Door is a moody, supremely point-and-click adventure series from The Game Kitchen, and you can play the entirety of the first season for free right here on Armor Games. A young man receives a cryptic and concerning letter from a childhood friend, and because he has no sense of self preservation whatsoever, he pursues it and memories he thought he’d buried to uncover some truly disturbing truths. It’s moody, jumpscare-tastic, and perfect for fans of genuinely unsettling Lovecraftian-style horror. Pleasant dreams.

A bad-tempered young man falls from the sky like a flaming comet as this turn-based RPG by Emmanuel Salva Cruz opens, but the plucky, overconfident young thief who takes him under her questionable wing is the least of his problems. Crystal Story II is a surprisingly meaty classic-styled adventure that’s going to feel right at home for fans of old school console games. If you feel like supporting the developer, make sure you check out Crystal Story II on Steam, which includes a ton of new content and enhanced goodies, like a new chapter, card battles, and more.

So you couldn’t save the Earth after a massive intergalactic attack. In some games, that’s the bad ending, and you roll credits. In science-fiction platforming action RPG Phoenotopia, however, that’s just a footnote in history. See, while some of humanity took refuge underground, others headed to find safety in the stars, and hundreds of years later, one simple villager’s life is turned upside-down when a shooting star crashes into the forest nearby. With its dreamy pastel pixel aesthetic and whimsical setting, Phoenotopia is absolutely captivating for anyone who likes a little magic with their robots and space travel.

If what you crave is the dramatic camp of space operas and the over-the-top fantasy and romance of anime, then allow me to introduce you to RPG shooter Starwish. It’s a unique hybrid of sidescrolling shooter action, and relationship-building visual novel, where between action-packed sequences that have you pew-pew-pewing your spaceship against overwhelming odds and huge bosses, you decide who to talk to and grow a relationship with as you advance the story. And what a doozy! Space pirates, rebels, evil empires, and magical beings, as a man named Deuce unwittingly finds an entire galaxy turning against himself and his rag-tag crew. Add in a whole bunch of endings and the fact that everything except the music was made by one person, and you’ve got a recipe for a whole lot of hours.

Sometimes the best stories are the ones you have to put together, and short but engrossing exploration game Small Worlds lays everything out in front of you while leaving it up to you to decide what’s happened and why. Unlike the other games on this list, Small Worlds won’t take you hours to play through, but fans of environmental storytelling will love piecing together the narrative through the things they uncover. As you explore, finding pathways through the area, the view pulls back to let you see more and more of the bigger picture, beginning with your humble abode… a mysterious dome. Creepy? Cool? Why not both?