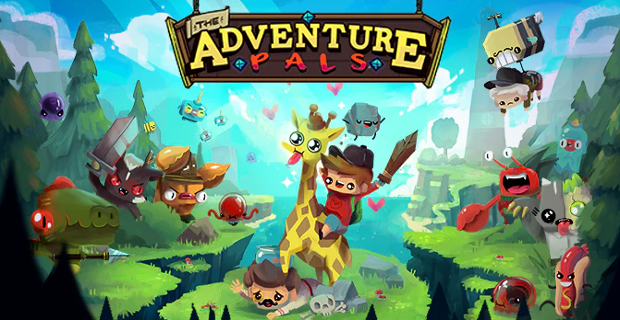 Tale as old as time… a boy, his backpack-bound giraffe companion, and the totally sweet adventures they have in their quest to rescue their beloved pet rock. Since its release in 2012, rollicking platforming action-RPG Super Adventure Pals has been played nearly two million times, but fans were still hungry for more, and… wait… do you hear that? The clippity-clop of little hooves? Is that… it is! It’s The Adventure Pals! And they need your help!

The Adventure Pals Kickstarter is now live from July 27th to August 27th, and they’re looking for funding from fellow pals like you to help make the game complete for PC, Mac, and Linux. Through the combined talents of Massive Monster’s Jay Armstrong, Julian Wilton, and our dearly beloved Jimp, not to mention tunes by the incredible HyperDuck SoundWorks, it’s already come a long way towards completion, including a successful Steam Greenlight campaign, and just needs a final push to finish things up. While no pledge amount is too small or unappreciated, certain tiers can get you a digital copy of the game itself on release in early 2017, your name in the credits, a swanky physical boxed version, or even a fantastic giraffe shirt that gives you a plus one to adventuring. (Minus one to lion packs.) 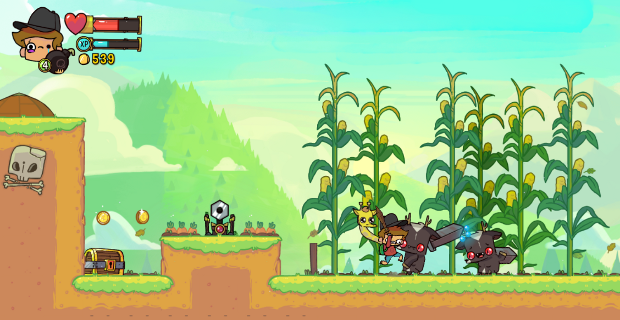 So what is The Adventure Pals? Take challenging yet exciting platforming, mix liberally with ridiculous big boss battles, slather on some RPG-style towns and exploration, and you’re on the right track! This time, the player is out to rescue dear old Papa, who’s going to be turned into a hotdog by the nefarious Mr. B unless you can stop him. Together with the prancing, helicopter-tongue’d Sparkles the giraffe, and the smashing skills of Mr. Rock, you’ll romp (and stab) your way through a whopping 125 levels across five different areas, each filled with towns, minigames, and much more. 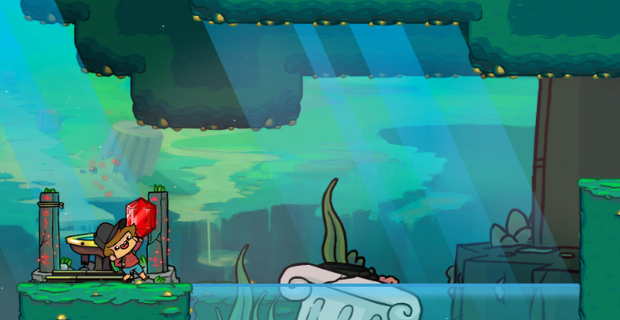 But wait, that’s not all! In addition to packing in over ten hours of sweet, sweet action and some animated cutscenes, The Adventure Pals will support local co-op with a pal of your own, gamepads, and all the delicious hotdogs you can handle. The Adventure Pals is brought to life by the people behind some of your favourite hit games, like Give Up 2, Achievement Unlocked 3, and many more. Head on over to the official Kickstarter page for all the details and glorious gameplay videos, and help a pal out.