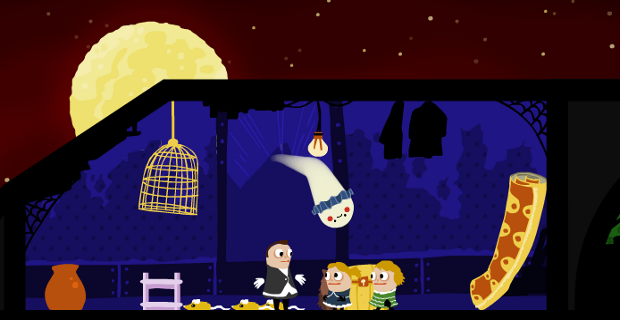 October approaches. Time of chilly breezes (so brisk!), many layers (so cozy!), sneering at people for enjoying pumpkin spice beverages (so condescending!), and of course, mainlining everything even remotely spooky straight into your eyeballs at all times. For a lot of folks, Halloween lasts all month long, and the scarier the better. But what’s a gamer to do when the idea of spending any nights with Freddy is awful, or the last thing they want to do is visit a hill, Silent or otherwise?

I speak, of course, of those tender lumplings everywhere unkindly dubbed “‘fraidy-cats”. Hey, there’s nothing wrong with wanting to enjoy the season without having to endure a jumpscare around every corner! That’s why we’ve put together this list of spooky-themed games that aim to delight rather than make fright. If you’re looking for a ghoulish game that isn’t out to haunt your dreams or dump buckets of blood into your lap, we’ve got you covered. So sit back, relax, and let’s get freaky!… ish! 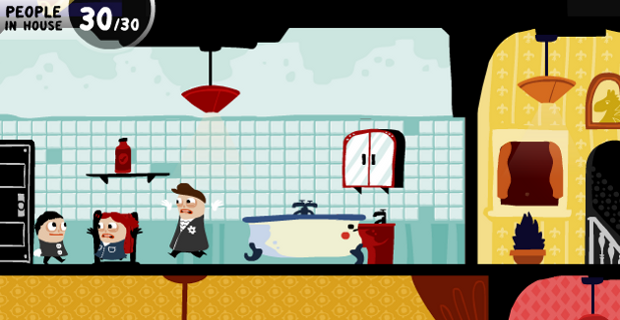 I want you to close your eyes and imagine you’re a ghost. Not, like, one of the ones that spends all its time aggressively tormenting pretty people and crab-walking down the walls in an unsettling manner. Just a little ghost who wants to get some sleep, which is kind of impossible given that your house is packed with annoying fleshy partiers. Zoinks! What’s a ghoul to do?

The goal in Haunt the House, this fun and oh-so-adorable blend of puzzle and arcade-style action from Super Flash Bros. is to possess objects around the house to scare people into running out the door, without frightening them so much that they panic. Hop into a bathtub and stampede around the room, maybe make a lightbulb sway in a very scary manner, or chase after people’s ankles as a teddy bear… the options are bountiful! Or should I say… boo-ountiful?!… nah. 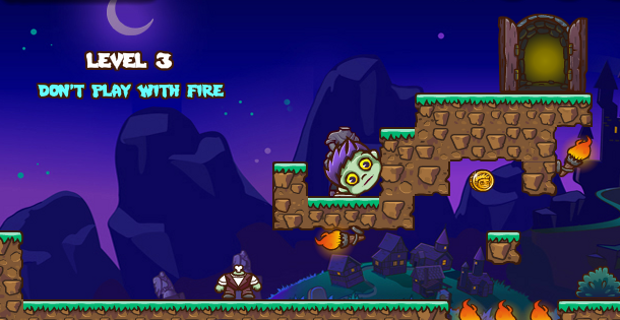 The star of MeowBeast’s physics puzzle platformer Headless Zombie doesn’t want your brains. In fact, Carl just wants to save his kingdom from the greedy and jealous sorcerer who had him murdered… though it’s hard to be a dashing hero when you’re a zombie and your head doesn’t even want to stay on.

Fortunately, Carl’s a “look on the bright side” type of guy, and he’s going to use his detachable dome to save the day. To get through each level, you can toss or drop Carl’s head around to hit levers or hold down switches, while still controlling his body to move around. All of which is pretty impressive for perseverance given that I can state with confidence that most of us have probably given up trying to change the channel because the TV remote was an inch out of comfortable reach at least once. 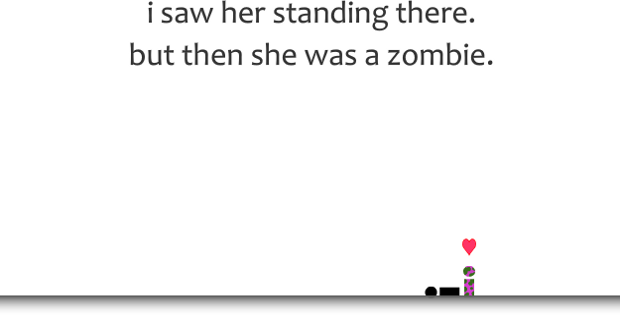 Speaking of zombies, who says they only want to devour people anyway? Maybe if we got close enough, gave them a chance, we’d see that, yes, okay, they do kind of want to gnaw on our flesh a little, but they also just want to be loved. In krangGAMES’ unexpectedly sweet puzzle platformer i saw her standing there, your dearly beloved might be coming down with rigor mortis and really, really want to take a bite out of your hide, but you love her anyway.

The goal is to find a way to safely contain her in each level without letting her get hurt, or, you know, murdering you just a bit. It may sound freaky, but the game is so strangely cute and even kind of romantic that you can’t help but root for our two star-crossed love birds. And hey, proving that love never dies, there are two other games to continue the story too! 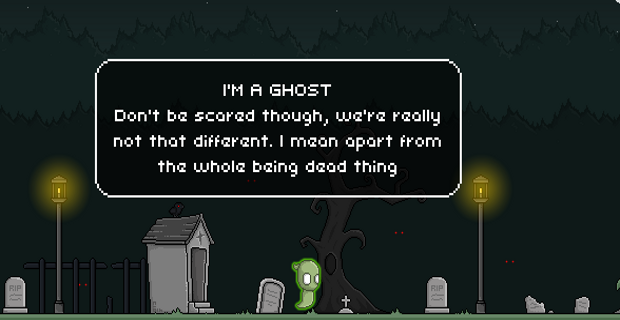 TinSleeves’ A Ghostly Journey is about a not-so-spooky specter who’s bored of lounging around the graveyard and decides to explore the world beyond the iron gates. The catch, in this tricky platformer, is that our ghostly buddy needs to avoid light sources, since too much direct light will banish him, even if in a human body at the time. Hey, a little unholy possession never hurt anyone.

The game can be a bit more difficult than you’d expect given its tendency to be unforgiving, so you can expect to restart levels a lot if you’re not careful. Luckily, different people have different abilities, like being able to move faster or jump farther, so a little thought will go a long way into bringing our green ghoul safely to the exit at the end of each level. All of this sounds like a lot of work when you could probably just hop into someone with a Netflix subscription and spend the rest of eternity mainlining old Digimon episodes, but hey, you do you, over-achieving ghost bro. 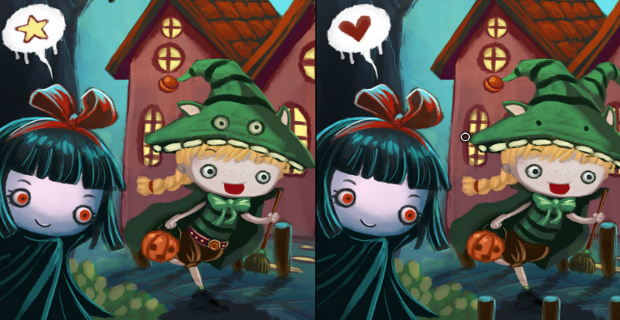 Lastly but definitely not leastly when it comes to cuteness, Lilith – A Friend at Hallows Eve by DifferenceGames may be simple, but it’s cornered the market when it comes to sweetness. The story follows our itty-bitty vampire leading lady as she heads out one evening and winds up tagging along with a trick-or-treater who doesn’t know those are real fangs. Don’t worry, Lilith is out to make friends, not lunch, and what follows is as wholesome as it gets.

In each of the game’s twelve scenes, you find and click on the differences between the two images… some are obvious, while others are very well hidden. It’s not exactly what you’d call challenging or complex, but it is, and I can’t stress this enough, so freakin’ adorable, and sometimes that’s exactly what you want. Hey, who says vampires always need to be moping about after boring teenagers? Even the undead need to party, so don’t skimp the candy!