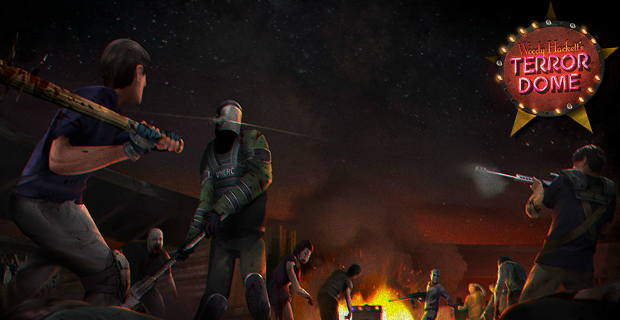 Wake up and smell the head shots, survivors… popular free online MMO The Last Stand: Dead Zone just got beefier with the launch of Woody Hackett’s Terror Dome. Just because it’s the end of the world doesn’t mean that people don’t want to be entertained, and Woody’s got exactly what they need. He may be a bit unstable, and, okay, maybe he enjoys the milk of human suffering a little too much, but you can’t argue that he’s a showman.

Players can send three survivors to enter the Terror Dome for a fuel entry fee to compete, provided they, y’know… don’t die. You’ll guide your survivors through the arena filled with the Infected, hitting buttons for points to win fantastic prizes, ending with the deadly Hunters in the third and final round. Make it out alive with all your parts intact to take home your swag, and maybe land on the leaderboard.

To celebrate this bombtastic bloodsport, Armor Games is giving away ten unique codes, each of which can be redeemed for 500 units of fuel and a powerful piece of head armor, the Hunter’s Headwear – Psycho helmet. To win a code, all you have to do is leave a comment telling us what your Terror Dome stage name would be (“The Pulverizer”? “Commander Squelch”? “Mittens the Devourer of Souls”?), and we’ll select ten winners at random on September 26th. Codes are single-use, and only redeemable for players on Armor Games. Good luck keeping your skulls intact! 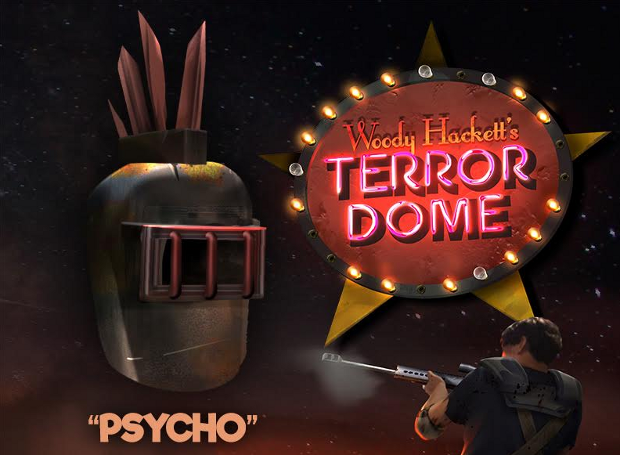